Buy Now Pay Later: What You Should Know

The service is exactly what it sounds like. It allows you to buy products/services and then pay for them later on. The way it works is you receive your products and you don’t pay interest on them, which is why it’s a lot different than credit cards.

What Can You Buy With It?

Generally speaking, you can buy an array of products and services. More and more retailers of all kinds are accepting buy now pay later, so what you can buy using it all depends on the retailer or company you’re buying products/services from. If a retailer sells clothing and they accept buy now pay later, then you can purchase any clothing items within the shop and then pay for it later. If a retailer offers services, such as shoe repair (for example), then buy no pay later would still work the same way.

Does It Cost Money?

Yes it does cost money, but the good news is consumers don’t pay anything. The retailers are the ones that absorb the costs, but you could be on the hook for default charges if there are issues with repayments. For example, if you buy a product from a retailer and you make a few payments, but you default on the rest of them, then you could be hit with additional charges.

It’s worth pointing out that even if you are charged for defaulting, you still will likely being paying back less than you would if you bought the items on a credit card. The best thing to do is to make your payments on time. If you do this, then you shouldn’t run into any problems.

Using buy now pay later is easy, but only certain sites and retailers offer it. If you come across a store or website that has it, then you can signup for it. No matter how you signup, you’ll have to be approved, but this is quick. The chances are you’ll be approved, and then you can make your purchase.

After you make the purchase, you’ll have to make repayments. Generally speaking, the payments is taken right from your bank account. You’ll know ahead of time what date your payments will be taken out.

The industry still keeps making tremendous gains, but sooner or later its bound to face more regulations. As of now, the process is straightforward and easy to understand, but that could change as time goes on. Personally, we don’t see this happening anytime in the immediate future, but for now you will find that the process is simple.

There are several pros and cons. Knowing what they are can help you decide whether or not you should use it. Below are the pros, as well as the cons.

The main benefit of buy now pay later is you can buy products right there and then, even if you don’t currently have the cash on you. In fact, you don’t need any money at all. You can get exactly what you want, and then you’ll simply make repayments on a predetermined schedule. The frequency of payments and what you can purchase depends on the service providing buy now pay later.

However, they aren’t able to make any purchases. Nowadays, window shoppers can use buy now pay later services to get the stuff they want.

2. Get Items On Sale

You can buy items on sale, which can save you money in the long-run. If you don’t have the cash on you now to buy what you want, but those products are on sale, then don’t worry because you can still use buy now pay later. Instead of waiting until you have the money and risking the products not being on sale, you’ll be able to buy them right there and then.

Remember, buy now pay later can be used online and offline. All you have to do is find places that accept it. More and more places are doing it, which means you have a good chance of finding products on sale.

The application process is not like a credit card application or a personal loan application. Both those types of applications tend to be lengthy and can take days or weeks before you find out if you’re approved. Not only that, but you will typically need to meet strenuous requirements.

With buy now pay later applications, filling it out is fast. Furthermore, it is usually much easier to be approved for it than it is for other similar lending options such as credit cards and loans. Plus, you will probably find out within minutes if you’re approved or not.

Making payments is easy, as you usually make them via your bank account. The payments will come out automatically on the dates specified in the terms and conditions. The payment amount will be the same every single week, month or whatever the frequency you have agreed to.

It is of the utmost importance to have the money in your bank when the due date arrives. If you miss a payment, then you could end up paying a penalty fee or pay more than what you originally owe. Even if you accidentally miss the payment, you’ll still be on the hook for additional fees.

Unfortunately, there is a real risk of overspending. For example, you may come across various items at multiple stores and then you use the service to buy all of those items. Before you know it, you would have spent much more than what you could afford.
If you do decide to use buy now pay later, then be smart about it. Only get items you know you can afford in the near future. The last thing you want to do is buy dozens and dozens of items or a few very expensive items, only to not be able to actually afford it.

You have to go through an approval process, which involves filling out a brief application or questionnaire. The entity providing buy now pay later will look it over to determine your eligibility. If they think you don’t meet the criteria, then you’ll be denied.

The truth is that not everyone can be approved for it. Depending on the service you go through or the retailer that offers it, you might need good credit or meet other criteria before you’re approved. Although the approval process is quick, there’s always a chance you won’t be approved for it.

You can accumulate debt if you’re not careful, and it is probably a lot easier than you think. All it takes is missing one or two payments for you to land in debt. This is because when you miss payments or make late payments, then you could be hit with interest, which can be high. What the interest rate will be depends on various factors.
Make sure you look at the terms and conditions of the service. This is where you should know what the interest will be. If it’s unclear, then ask the provider.

4. Repayments Can Be High

You have to make repayments and the repayments might be high. Sure, the price of the product is what you’ll pay back. That isn’t usually an issue, but the repayments can become very high if you end up buying a bunch of products that you have to pay back. It’s easy to lose track when it comes to shopping, therefore you want to be very careful if you decide to use the service.

5. Refunds Can Be Difficult

Another downside is getting refunds can be challenging. Sure, the refunds will be honoured, but it can still be a daunting a task. This is because refunds are typically handled by a third-party, which is the party that offers buy now pay later services. 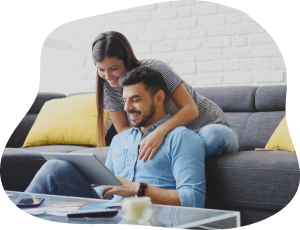 Got a burning question?

WARNING: Do you really need a loan today?*

It can be expensive to borrow small amounts of money and borrowing may not solve your money problems.

Check your options before you borrow:

The Australian Government's MoneySmart website shows you how small amount loans work and suggests other options that may help you.

*This statement is an Australian Government requirement under the National Consumer Credit Protection Act 2009.